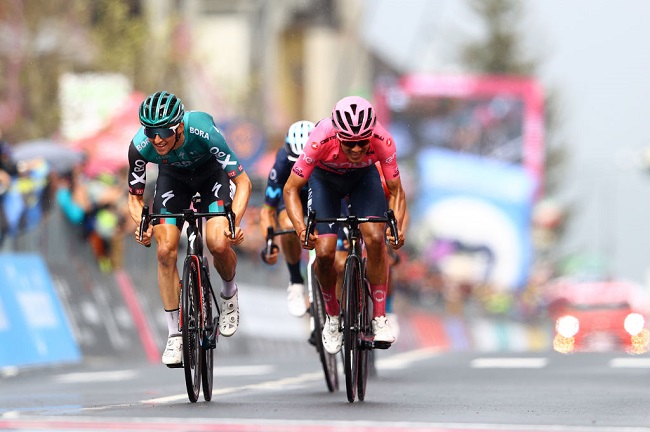 Starting on the island of Sardinia in Alghero on May 5th, the 100th Giro d’Italia will finish in Milan on May 28th.

There are a total of 21 stages in the event, including two individual time trials, thirteen stages in intermediate and difficult terrain, and six sprint stages. The route takes cyclists from Sardinia to Sicily and finally to Reggio Calabria on the Italian mainland.

The riders will then head north through cities like Florence, Forli, and Monza on their way to Milan for the final time trial.

With five mountain stages and the fearsome Passo di Mortirolo climb on the 16th, the Giro’s centennial will live up to its reputation as the most challenging of cycling’s Grand Tours.

When is the Giro D’Italia and When Can I Watch it?

Eurosport is airing live coverage of the tournament every day.MEvening coverage on Eurosport and Quest will feature highlights.

Who are the Giro D’Italia Favorites?

Nairo Quintana, a cyclist from Colombia, is the odds-on favourite. Vincenzo Nibali, a home-town hero and the defending champion, is up next, with best odds of 6/1.

Netherlands’ Steven Kruijswijk is the third favourite, at 10/1. Geraint Thomas of Wales, the highest-ranked British competitor, has odds of 14/1.

What is the Giro D’Italia Route?

The course for the race covers almost 2,200 kilometres of scenic Italian countryside. The first three legs take place on Sardinia, while legs four and five take place in Sicily.

The cyclists then head inland and cycle the full length of the Italian peninsula, from the southern to the northernmost city of Milan.

The official website for the race has published this helpful infographic detailing the entire course and schedule.

Starting in Sardinia on May 5, the 100th Giro d’Italia will feature a superb roster of riders, including defending champion Vincenzo Nibali.

Nibali faces off against the likes of Geraint Thomas and Adam Yates of Great Britain, as well as fellow previous winner Nairo Quintana, in what promises to be a tense, exciting race.