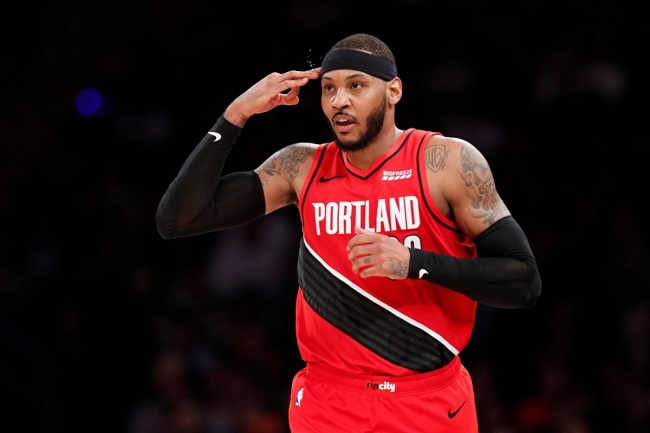 If the Pistons had selected Carmelo Anthony in the 2003 NBA draught, Anthony claims he would have won “two or three rings.”

To put it simply, the 2003 NBA Draft was one of the best in recent history. Four of the top five picks are certainties for the Hall of Fame: LeBron James, Carmelo Anthony, Dwyane Wade, and Chris Bosh. Darko Milicic, a Serbian forward who was drafted second overall by the Detroit Pistons, stands out.

Milicic played in the NBA for 10 years and 468 games, but his career averages of 6.0 points and 4.2 rebounds weren’t good enough to justify his selection as the league’s second overall choice.

Consequently, the careers of the players drafted after Milicic pale in comparison, especially those of Denver Nuggets third-round pick and 10-time All-Star Carmelo Anthony.

Anthony has never won an NBA title despite his many individual accomplishments, but he believes he would have won at least two if the Pistons had chosen him instead of Milicic in 2003.

The 2004 and 2005 seasons were consecutive trips to the NBA Finals for the Pistons, with the former ending with a championship ring.

“I don’t know what I would have been if I had gone to Detroit.” Perhaps two or three rings would adorn my fingers.

During the live session, both Anthony and Wade poked fun at Milicic, with Anthony responding with a “who?” after Wade mentioned that he hadn’t heard of Milicic before the selection.

Anthony argued the Nuggets should have won the championship in 2009 during the same live session he had with Wade. In that season’s NBA playoffs, Anthony and the Nuggets fell to the Los Angeles Lakers in the Western Conference Finals. The Lakers went on to win the NBA title by beating the Orlando Magic.

According to Anthony, “we really wanted Orlando in the Finals that year.” “In the event that we win Game 1 in Los Angeles and Game 2 in Denver, we will have swept the series. In that season, we would have swept Orlando as well.”

Anthony has had a successful playing career, but he has yet to win an NBA championship.