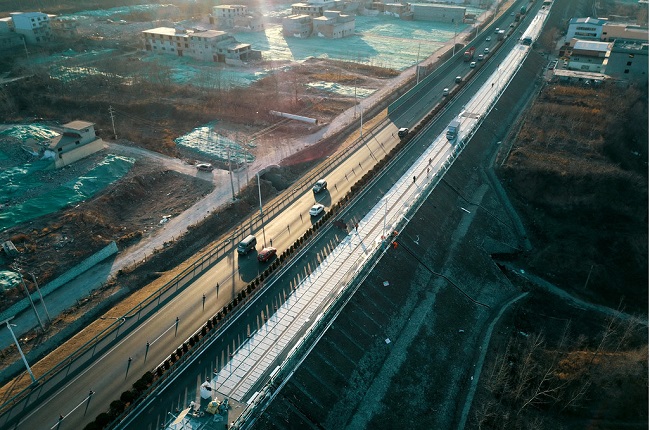 In 2018, a highway in Italy collapsed in following heavy rain, killing 43 people and drawing international attention to the country’s transportation system. A total of 59 people are being tried for their roles in the disaster.

On Thursday, a court in Genoa, Italy, will begin deliberations in a bridge collapse trial. They will likely include a former CEO of the corporation responsible for the highway’s upkeep and the Italian ministers in charge of the infrastructure.

The Collapse of the Morandi Roadway in 2018 Claimed the Lives of 43 Persons.

There are 59 accused parties in this case, all of whom face charges of manslaughter and compromising transportation safety.

Egle Possetti, who lost her sister, brother-in-law, and two nephews in the fall, is the committee’s representative for the victims’ families. “The trial is expected to be long and complex,” she added.

We hope there are no weaknesses in the inquiry that will derail the path toward truth and justice that has begun to emerge, Possetti said. “Trials in Italy take a long time and, sadly, frequently end in the defendant’s favour.

There’s a good chance that the court case will take more than a year to resolve. The prosecution has compiled a witness list of 178 individuals, including Autostrade per l’Italia (ASPI) CEO Roberto Tomasi and two previous infrastructure ministers.

The Italian Roadway System is Analysed by Specialists.

ASPI, which is responsible for half of Italy’s highway system, is being blamed for the bridge’s poor condition.

At the time of the accident, ASPI was part of the Atlantia consortium. After facing intense public and political pressure, the affluent Benetton family, who owns Atlantia group, sold their shares to the government in May of last year.

Giovanni Castellucci, a former CEO of Atlantia, will also testify. Castellucci is facing up to 15 years in prison on allegations of recklessly jeopardising the safety of others on the roadways and willfully failing to take safeguards to prevent tragedies.

The Indictment, According to Castellucci’s Attorneys, “Like a Leaf in the Fall.

“For the sake of all parties involved, I pray that an impartial truth will eventually be established. First and foremost, I pray that there is no use of summary justice, “counsel for Castellucci Guido Alleva, remarked.

Documents from an expert report on the bridge’s collapse were cited by the Reuters news agency.

Official documents state that “the collapse was prompted by the rupture of the load-bearing cables inside the stay of the bridge’s ninth pillar, which were eaten away by a highly corrosive atmosphere over the 51 years of the bridge’s life.”

According to legal authorities, attorneys for many of the defendants reject the investigation’s findings and may urge the court to nullify the report and commission a new one.

It’s like a Time Bomb, Waiting to go off.

One of the prosecutors, Walter Cotugno, claims the directors of Autostrade and Spea, the engineering company in charge of maintenance, were aware of the bridge’s state prior to its collapse. He warned that the Morandi bridge was a ticking time bomb.

However, the former Autostrade and SEPA directors will not be required to appear in court. The two businesses paid the state prosecutor’s office a total of 30 million euros (about $29 million) to avoid going to trial.

According to a lawyer representing victims’ families, this settlement “constitutes a first acknowledgement of culpability” for the deaths that occurred on the Morandi bridge.

The number of defendants, the scope of the catastrophe, and the damage done to an entire city all make this “one of the most important trials in the recent history of Italy,” he said.