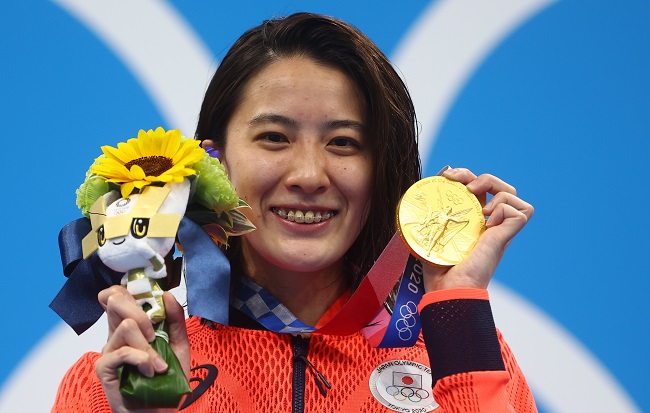 Ohashi, a relative unknown, has become one of Japan’s biggest Olympic stars.

Yui Ohashi, a relatively unknown Japanese swimmer, politely chuckled at the suggestion that, in the absence of Naomi Osaka, she could have been one of Japan’s biggest stars at the Olympics.

She was very diplomatic in her rejection of the notion.

She said, “I don’t really feel like a star.”

Before the Tokyo Olympics, Ohashi had not achieved any noteworthy results or triumphs.

The 25-year-old from Hikone, a rural village in central Japan, didn’t have high hopes, but she did bring this:

This is a once-in-a-lifetime opportunity to host the Olympic Games.

We can’t shake the Dreamlike Quality of it all.

Were you referring to me, specifically? “That’s how it feels,” she added.

Ohashi, who has never had to live up to any kind of public scrutiny, is starting to understand the pressures that Japanese celebrities like Osaka are under.

She was referring to the high levels of pressure being put on several of the top Japanese competitors at the Tokyo Olympics. “Perhaps I wasn’t aware of pressure because I’ve been struggling for so long (with only swimming).

However, she had her own challenges to face. It’s also tough when nobody gives you a chance to succeed. In a nutshell, nobody has faith in you. All she had was her trainer to talk to, she thought.

They stuck with her “even when I was at my worst,” She Claimed.

The 200-meter individual medley on Wednesday came down to the wire. Although Ohashi had persevered through all four strokes for the better part of four lengths, she eventually came to terms with the fact that she was close, but not winning.

She stated she was going to bury her head and not raise it for air until she “struck the wall.” She emerged from the water victorious, having beaten out American Alex Walsh by a mere thirteenth of a second.

“I wanted to feel that I had done everything I could,” she explained.

Ohashi laughed out loud, baring her braces-adorned teeth as she enjoyed her time in the water. She then raised one hand in the air and made the Olympic victory “V” symbol with her fingers.