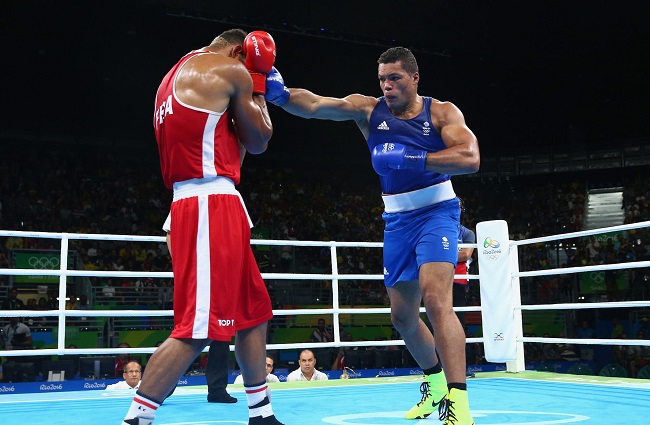 How do the Olympic boxing regulations work? Regulations for the Games were altered in 2013 in a number of ways that will be apparent in the years to come.

Professional boxers were allowed to enter, and the minimum age was increased to 19 from 16. Headgear for males was also banned.

Boxing is one of the few Olympic sports where merely qualifying at the national level is not enough to guarantee a spot in the Games.

Professionals get in by having to compete in a ranking-based worldwide tournament.

Boxers at the amateur level must first win a regional tournament in one of the five Olympic regions (Europe, Asia, the Americas, Africa, and Oceania) or a world qualifying competition.

Competitions in the Olympic Games

In the Olympics, the boxers are matched up in pairs at random, regardless of their respective rankings.

They square off in a round of a single-elimination tournament, with the victor moving on while the loser is eliminated.

Boxers who do well in the early rounds often make it to the quarterfinals and even the semis of the tournament. The top two finishers from each semi meet in a medal match for gold and silver, while the bottom two earn bronze.

All three rounds of a man’s fight last for three minutes. Each round of a women’s fight lasts two minutes. All rounds are separated by a minute of rest.

All fights are decided by knockout or points. Since the 2016 Olympics, the scoring system has been a 10-point maximum.

For the 2012 Olympic Games, a Scoring System for Boxing

Boxing matches in the Olympics were scored by hits until 2016. Each time a member of the five-person judging panel saw the boxer land a blow to the head or upper body of the opponent, they would press a button.

When three or more judges gave a hit within one second of each other, the electronic scoring system awarded a point.

The winner was chosen by who had the most points at the end of the fight. In the case of a tie, the player with the most impressive defensive showing would win.

Boxing scoring in the 2016 Olympics and Beyond

Boxing’s standard 10-point must system has been used since the 2008 Olympics, and same system will be utilised again in 2016. All five judges score each round, however only three of those scores are included in the final tally.

Within 15 seconds of the round’s conclusion, the judges must give 10 points to the boxer they deem to have won it.

Punches landed in the target area, bout dominance, technical and tactical supremacy, intensity of competition, and rule violations are all taken into account by the judges.

In order to identify a victor, judges’ points from each round are added together once the final round is over. Every judge awarded two or more rounds to the same boxer, making it a unanimous verdict. If there is a dispute among the judges, it is a split decision.

Any boxer who commits a foul risks a warning, a caution, or even elimination from competition.

If a player receives a second caution for the same infraction, a warning is issued automatically, and a third caution results in automatic expulsion.

Offensive manoeuvres that are frequently penalised include:

Inactive defence, failing to retreat when told to do so, making hostile comments to the official, and attempting to strike an opponent soon after being told to break are examples of similar infractions.

A boxer is considered down if any part of his body other than his feet touches the floor as a result of being hit during a fight.

If he is outside the ropes, dangling helplessly from them after being hit, or is still standing but deemed unfit to continue, he is also considered to be down.

When a boxer gets knocked out, the referee will start a 10-second countdown.

Even though a beep goes off after each number in the automated count, many referees still prefer to do it by voice.

The referee must also signal the count to the downed boxer by reaching out a hand and counting the downed fighter’s fingers. The boxer’s opponent would score a knockout victory if the 10 seconds passed and he or she was still on the canvas.

A boxer must take an eight-count even if he gets up from the knockdown immediately.

The match will resume if the referee issues the “Box” command at the end of the eight seconds. If the fighter gets back up after taking a punch but then falls again, the referee will begin counting again from eight.

Only in the final round of the final may a boxer who is down and out be saved by the bell.

After the bell has rung, the count continues in all other rounds and fights. If any boxer takes three counts in one round or four counts in the match, the referee will stop the fight and proclaim the opposite boxer the winner.

There are three doctors present, and any one of them can halt the fight if they see fit.

If a boxer gets a cut eye or other injury that forces the referee to stop the fight in the first round, the other boxer is considered the winner.

Assuming this occurs in Round 2 or 3, the winner will be determined by the cumulative score of the judges.

If both boxers fall at once, the count continues as long as one of them is still on the canvas. If both fighters are knocked down at the 10 point mark, the winner is the one with the higher score.

It is also possible that the other team’s bench players will determine their man is taking too much damage and will give up.

Boxers at the Olympics must abide by Certain Regulations.

Fights occur in a 6.1 metre square ring enclosed by ropes on all four sides. The ring’s canvas floor has a cushioned underlayment and extends 45.72 centimetres beyond the ropes.

Two sets of parallel ropes, one on either side of the ring. The space between the ropes is 30.48 cm, and the lowest one is 40.66 cm off the ground.