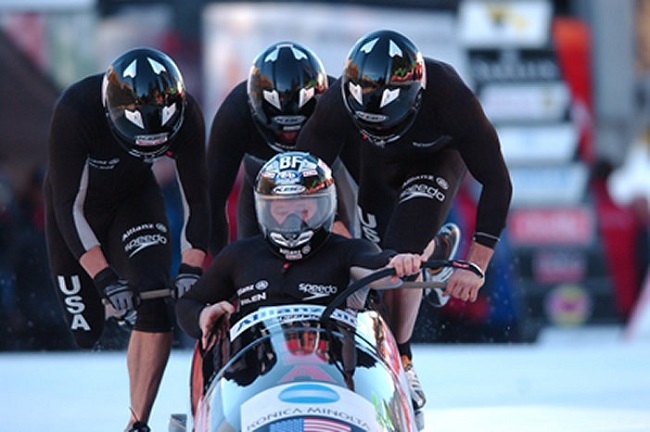 The bobsled, or bobsleigh as it is spelled on the official Pyeongchang Games schedule. Requires competitors to pack as tightly as possible into a carbon-fiber torpedo and then hurtle down an ice chute at speeds approaching triple digits.

Doing everything in their power to reach the bottom a few fractions of a second before the next twosome or foursome. It’s one of those Olympic competitions that makes everyone think the athletes they’re seeing fly by on screen could die at any second.

After regaining consciousness, you may question, “How the hell does anyone get into bobsled?”

Get Inspired: How to Get Started in Bobsledding

The bobsleigh is a relatively recent development, despite the fact that sledding has been around for hundreds of years.

In the late 19th century, pioneers from Switzerland joined two skeleton boards with a guiding system to produce a toboggan used in the St. Moritz resort. This was the first bobsleigh.

Why is it Good For You?

Much of what happens in bobsleigh and its sister sport skeleton is determined by the initial launch. Before getting on the sled, you’ll need to push it down the track, and the faster you go while pushing it, the faster you’ll go once you’re riding it.

Therefore, the push-start is crucial, and bobsleigh racers must hone their strength and speed to the highest levels.

Athletes from the current Great Britain bobsleigh team, for example, have clocked faster 100-meter times than many 100-meter specialists.

Participating in bobsleigh will not only provide you with a challenging physical workout, but also the thrill of riding in a high-tech barrel down an icy track at high speeds.

Pushing a Bobsleigh Requires a Lot of Power

Bobsled pushing takes a lot of strength, speed, and, for males, a body weight of about 105 kilogrammes (230 pounds).

As a result, many competitors from sports that emphasise strength and speed, such as rugby, American football, weightlifting, and many more, compete in these events.

A bobsleigh athlete is unique in that he or she must be both extremely powerful and capable of running at speeds comparable to those of a sprinter.

The average 4-man athlete can sprint the 100 metres in under 11 seconds and weighs more than 100 kilogrammes (220lbs).

Tryouts are held every year in Great Britain for anyone curious about trying out for the team. Push tests are conducted on the designated start track after standard physical measurements are taken, such as speed and explosive power.

The chosen athletes then embark on the winter season as official “bobsledders.” The Army, the Navy, the Royal Air Force, and even some private teams are just a few examples of others.