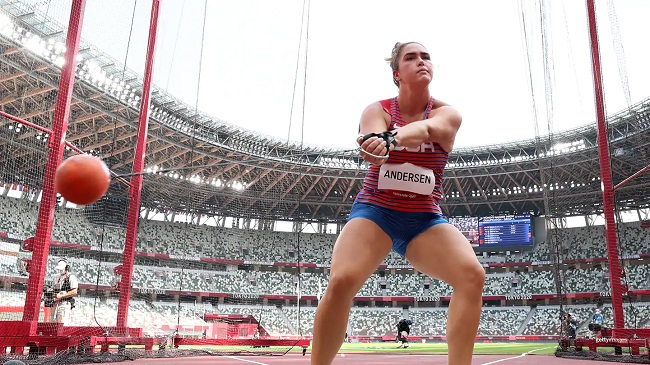 This weekend at the 2020 U.S. Olympic Trials, former Northern Arizona athlete Brooke Andersen qualified for Team USA for the first time in her career. The Trials for the Olympic Track and Field Competition.

On June 24, the Big Sky Conference record holder in the women’s hammer throw competed in the first round of competition. Andersen threw a modest 72.16 metres to make it into Saturday’s finals; the top three finishers will move on to Tokyo.

Andersen demonstrated why she is considered to be among the greatest in the world by winning silver with a throw of 77.72 metres, so securing a spot on the United States of America’s Olympic team in Tokyo.

Her Time at the Olympics

She Competed in the World Championships

Details from her Private Life Include:

Andersen is the daughter of Scott and Joanne, and she has a sister named Morgan.

She finished third in the 2019 USA Championships in the hammer throw, and she came in second at the 2018 NCAA Division I Championships.

In 2018, she graduated with a degree in Environmental Science and Management from Northern Arizona University.