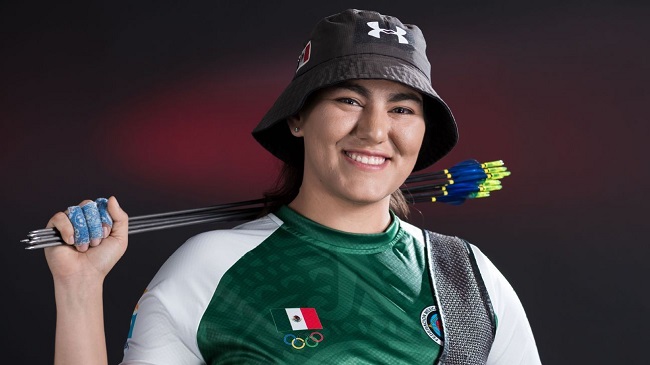 Olympic gold is the goal of every athlete, and 2021 was a fantastic year for that, as Alejandra Valencia can attest.

At Tokyo 2020, Valencia took home bronze in the mixed category, and in September, the women’s team brought home silver at the Archery World Cup.

At the age of 26, Sonoran archer Alejandra Valencia Trujillo achieved the goal of every high-performance athlete by earning bronze in the mixed archery competition, in which she paired with Luis lvarez, on the 24th. July 2021. This was Mexico’s first medal at the Tokyo 2020 Olympic Games.

In an interview, the national team member who this year overcame the disappointment of her fourth-place individual finish at the Rio 2016 Olympics said, “Actually the Olympic medal is what every athlete hopes to win, it is a very fantastic experience.”

Alejandra Valencia, who has been Competing as an Archer on the International Stage Since she was Nine, has a BrightOutlook for 2021.

“It was a terrific year, not just because of the medal in Tokyo, but also because of the many other contests in which I also did very well,” said the Hermosillo, Sonora, native, whose team placed second at the World Championships in September in the United States.

The national team member who competed in the London 2012 Olympics alongside Ada Román and Mariana Avitia said, “It was really good and individually I was in fourth place, in addition, in the World Cups this year I had third places and we had second places as a team.”

At the beginning of the cycle in Paris 2024, which began with the last World Championship, Alejandra Valencia does not rest on her laurels and sets new goals and expectations for herself.

At the 2011 Pan American Games, she won both the women’s team and individual gold medals.

She competed in the recurve cadet women’s individual event at the 2011 World Archery Youth Championships, where she placed third overall.

A History of Olympic Participation:

When it comes to Olympic competition, Valencia has participated in both London 2012 and Rio 2016.

She was eliminated in the first round of the London Olympics’s singles competition when she was just 17 years old, and Mexico’s women’s team lost to Japan in the quarterfinals of the tournament.

Valencia competed in the 2016 Summer Olympics in Rio de Janeiro, Brazil, and made it all the way to the semi-finals before losing to eventual silver medalist Lisa Unruh of Germany.

Even worse for Valencia was that she finished in fourth place after losing the bronze medal match to London 2012 champion Ki Bo-Bae. Mexico’s national team was ousted from the competition for the second consecutive year in the quarterfinals.

She earned bronze with Luis lvarez in the first-ever Olympic mixed archery event, qualifying both of them to compete for Mexico in 2020.

Two months later, in May of 2021, she competed in the 2021 World Archery Championships in Yankton, United States, and earned silver in the women’s team event.