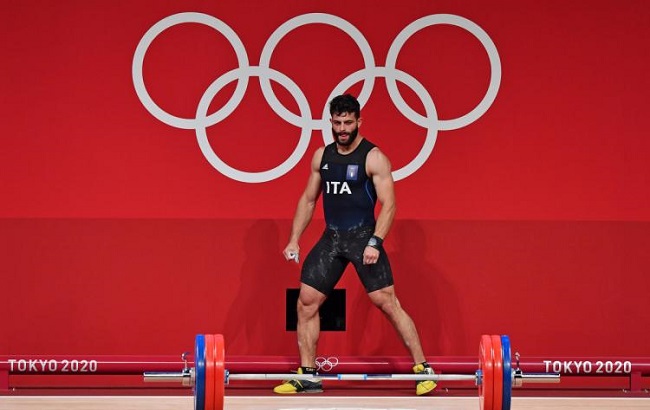 After the International Weightlifting Federation restructured the weight classes in 2018, Italian weightlifter A. Pizzolato (born 20 August 1996).

Began competing in the 81 kg and 89 kg categories instead of the 85 kg category. He has won three European Championships in this weight class. He took part in the Olympic tournament for men’s 81 kg in 2020 and came away with a bronze medal.

In 2019, he competed in the 81-kilogram category at the European Weightlifting Championships, where he won both the clean-and-jerk and total-weight gold medals.

At the 2019 World Weightlifting Championships, held later in the year, A. Pizzolato placed sixth with a total of 358 kilogrammes (kg) in the 81-kilogram class.

A number of records have been broken at the 2022 European Weightlifting Championships (EWC). Italy’s A. Pizzolato won the 89-kilogram division at a competition in Tishana, Albania.

For the second year in a row, his world-record weight of 392 kilogrammes (864.2 pounds) was enough to win him the gold medal.

No one had broken the world record in the 89-kilogram division heading into the 2022 EWC. While the 179-kilogram (394.6-pound) snatch record still stands. A. Pizzolato broke both the clean-and-jerk and total-weight world records with his efforts.

At the European Championships in Tirana, Albania, weightlifter A. Pizzolato broke the world record with a remarkable performance, sending a message to the rest of the weightlifting world.

As a result of his victory over Bulgaria’s Karlos Nasar, one of the sport’s finest youngsters in decades.

A. Pizzolato became only the second Italian weightlifter in history to establish a world record, a full century after the first. A. Pizzolato initial snatch effort at 170kg was unsuccessful in his first Olympic competition with the increased weight of 89kg, but he recovered and went on to win the event.

After a string of five solid lifts, his final effort of 217 kilogrammes (kg) broke both the clean and jerk and total world records.

Before or after Filippo Bottino, the heavyweight champion at the 1920 Olympics who made 116 kg in the now-defunct press discipline in Genoa in 1922, no other Italian had ever set a world record.

At the halfway point of the Tokyo 2020 weightlifting competition, Asian competitors have swept the medals. Taking home 16 of the 21 available prizes while only one European nation has managed to reach the medal stand.

Until Mirko Zanni’s bronze medal performance in the men’s 67 kilogramme division on Sunday (July 25), Italy had not won a weightlifting medal since 1984.

Giorgia Bordignon, who is 34 years old, won silver in the women’s 64-pound division two days later. Weightlifting was thrust into the spotlight thanks to those two medals, which even brought tears to the eyes of Italy’s Olympic Committee chief.