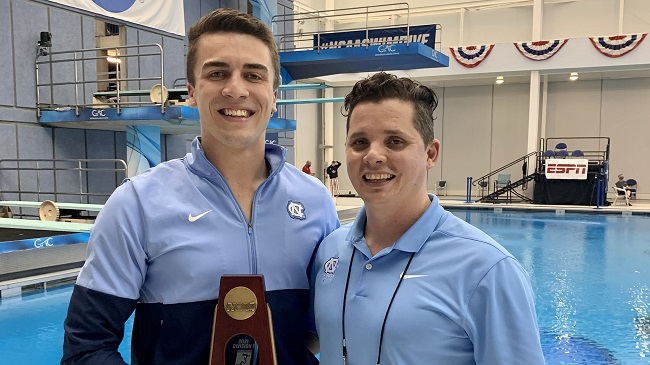 In his first Olympics, Anton Down-Jenkins qualified for the finals of the Men’s Springboard event.

One of the biggest surprises of the Tokyo Olympics was Anton Down-Jenkins, who made it all the way to the finals of the Men’s 3m Springboard Diving event.

The New Zealand diver made the finals after employing a winning strategy after just making the cut in the preliminary round (he finished 16th).

He ended up moving up the rankings and eventually placed eighth, just a few spots away from the gold medalist, China’s Xie Siyi.

The gay 21-year-old Kiwi wasOverjoyed to make it Past the First Round, and he Posted an Instagram Message Expressing his Joy at the Outcome:

Down-Jenkins took a methodical approach in the semi-final, doing a sequence of dives that were quite easy by diving standards. But because he was so consistently successful throughout his routine, Down-Jenkins’ score increased with each dive.

The overall tally was 424.20 points, earning him a spot in the championship round where he scored 415.60.

The performance was even more impressive when you consider that this was Down-Jenkins’ first Olympics.

Pressure was already high because Down-Jenkins was the first New Zealander to compete in Olympic diving since 1984, and she had been diagnosed with COVID-19 earlier in the year.

Down-Jenkins felt “a bit overwhelmed” during his first week in Tokyo, so he took motivation from Olympic gymnast Simone Biles’s choice to withdraw from competition.

By taking care of his mind, Down-Jenkins was able to accomplish something impressive in his Olympic debut and establish himself as a diver to keep an eye on in the years to come.